April this year 2021, TOAF became a consortium member and forum member of the “4 Per 1000” initiative under the United Nations Framework Convention on Climate Change 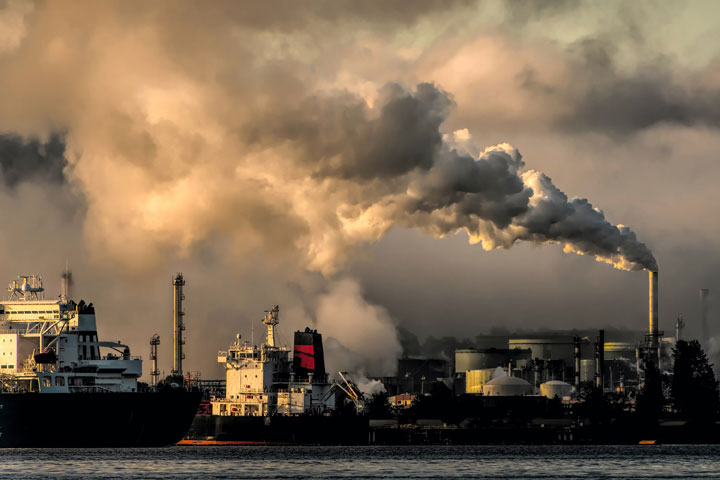 climate change is getting worse, "4 per 1000" consortium it necessary not only to reduce carbon emission but also fix carbon, both ways, so that we can have a chance solving problem of global warming. (The 4 per 1000 Initiatives provide)

Building up power of climate action through friendly agriculture, together with global communities fixing carbon against global warming

Over the years, Tse-Xin Organic Agriculture Foundation (TOAF) has enthusiastically promoted various environmental protection activities, such as organic and eco-friendly agricultural practices, afforestation projects, sustainable produce operations, and a plastic-free movement. Our effort has been internationally recognized, and as of April this year 2021, TOAF became a consortium member and forum member of the “4 Per 1000” initiative under the United Nations Framework Convention on Climate Change, alongside with Taiwan Agricultural Research Institute. Our prospective outlook is to join the international community in promoting ecological farming practices for attaining soil carbon storage, reducing CO2 concentration and stabilizing the climate. By assisting our local farmers to partake in developing sustainable agroecological systems, their knowledge and experiences in implementing practices for higher carbon sequestration potential can be shared with the global community, as it is our social responsibility to fight climate change. 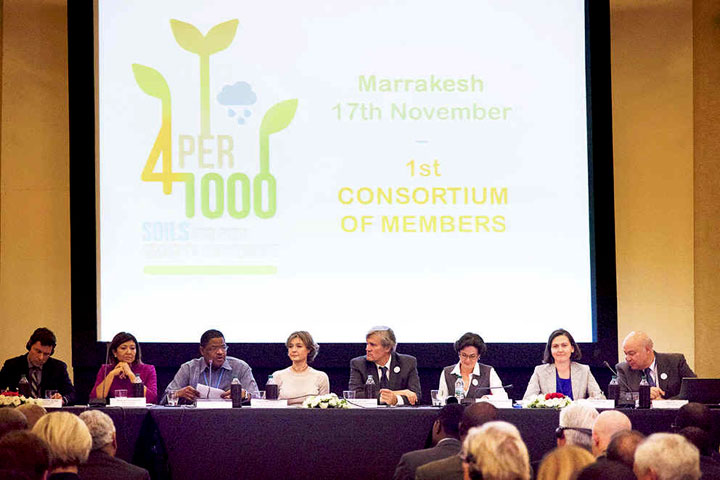 The 4 per 1000 Initiatives was put forward by France at the COP21 climate summit. It believed that increasing the soil carbon content by 4‰ each year would have the opportunity to reverse the global warming crisis.

The “4 Per 1000” initiative was launched on December 1, 2015 at the COP 21 Paris Agreement and currently consists of 254 consortium members and 550 forum members from all over the world. The key concept is that with an annual growth rate of 4‰ per year in soil carbon sequestration, CO2 emissions would reduce significantly as a means in fighting climate change. Therefore, agricultural practices play a crucial role in achieving this initiative. More than 20 years ago, TOAF began developing sustainable agricultural practices and promoting organic farming with the local farmers, states CEO Mu-Rong Su. Through experimenting and implementation, we propagated measures for green conservation, seed conservation, soil restoration for farming local food grains, ecological landscaping, and other environmentally friendly practices. Farmers recognize our spirit of “good yield, diverse ecology, better living, and valued life”. We are confident that our good basis in Taiwan will provide valuable experience to the community, and we are looking forward to cooperating as our actions go hand in hand with the initiative’s goal in preventing soil degradation, ensuring food security, and highly resilient agriculture. 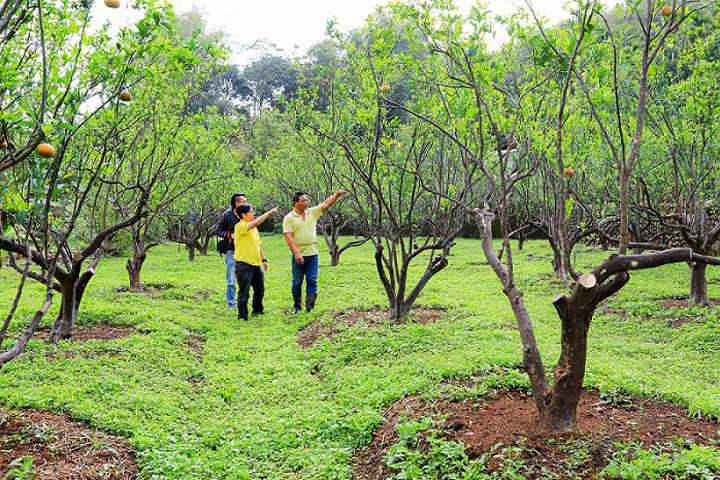 TOAF in order to encourage farmers to be motivated in taking action. 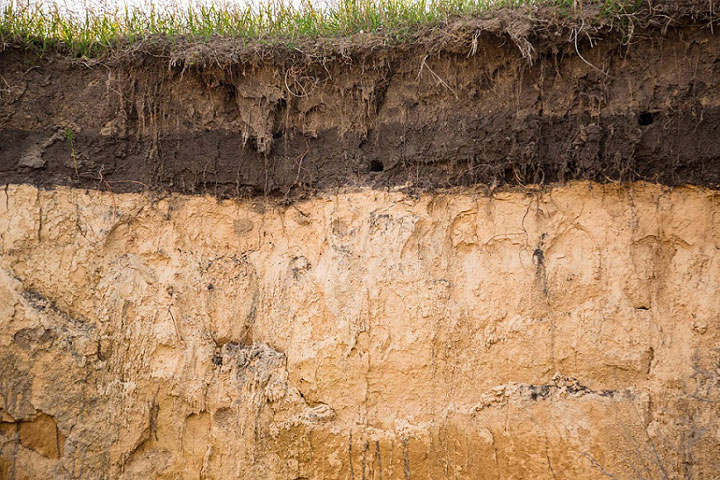 Relevant studies have confirmed that carbon fixation in agricultural soil plays a key role in climate change. (The 4 per 1000 Initiatives provide) 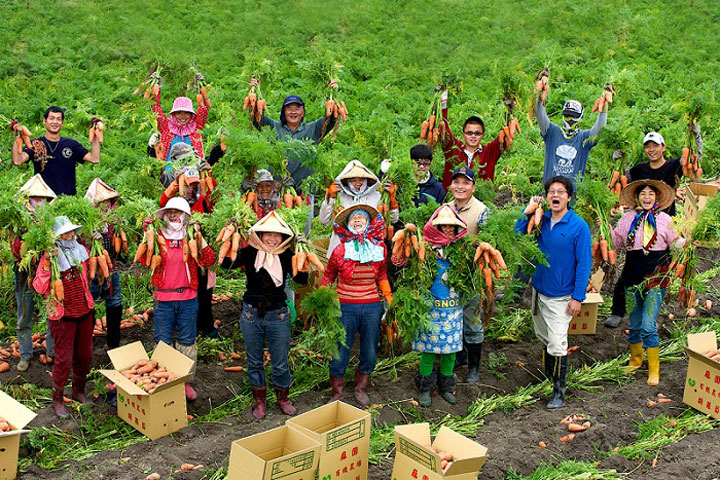 Furthermore, as CEO Mu-Rong Su explains, TOAF’s Green Conservation plan has been assisting farmers over the years to not use pesticides, herbicides, nor chemical fertilizers. Our target is to enrich the soil by improving soil fertility and soil biodiversity rich in organic matter, which facilitates carbon sequestration. However, this has been a tough journey. First of all, in order to encourage farmers to be motivated in taking action, there was much discussion and lots of communication for mutual understanding. Although, together with the farmers, we explored different measures, accumulated practical experience, and reached a consensus. Nonetheless, during the process of supervising farmers in gaining higher soil carbon storage, there were many obstacles to overcome, and they all required excess costs to resolve. For example, extra manual labor costs. Agricultural practices for carbon sequestration advocates no-till farming in fear that the carbon originally buried in the soil of becoming oxidized and decomposed by microorganisms and in turn, releasing more carbon dioxide into the atmosphere. Weeds which were once removed through ploughing, now requires manpower. Other actions that takes farming management to a whole other level include planting grass and green manure to cover bare soil, growing hedges for seclusion, and making DIY compost, just to name a few.

Not only will we enact the initiative with our organic farmers in increasing soil carbon sequestration, TOAF also plans to create incentive mechanisms and support systems to stimulate a positive outcome. For instance, by developing a carbon trade system and incorporating it along with the farmer’s yield, farmers that create more carbon storage gets more carbon trade rights. This action will effectively promote implementation, and substantial benefits, such as more yield, will be gained. Moreover, TOAF will encourage local customers to support the cause and call on people to promote raise awareness of the initiative. Our greatest contribution to building a sustainable agroecological farming environment is creating a strong support team and great social network. 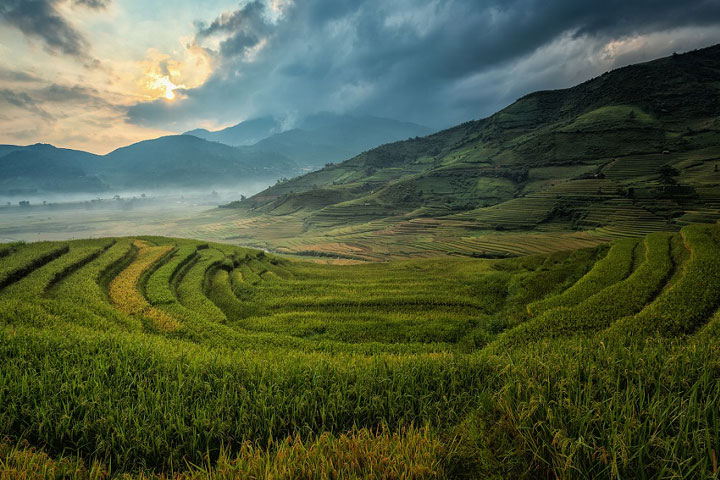 The 4 per 1000 Initiatives will be a key action for carbon sequestration under the theme of "agricultural production activities".