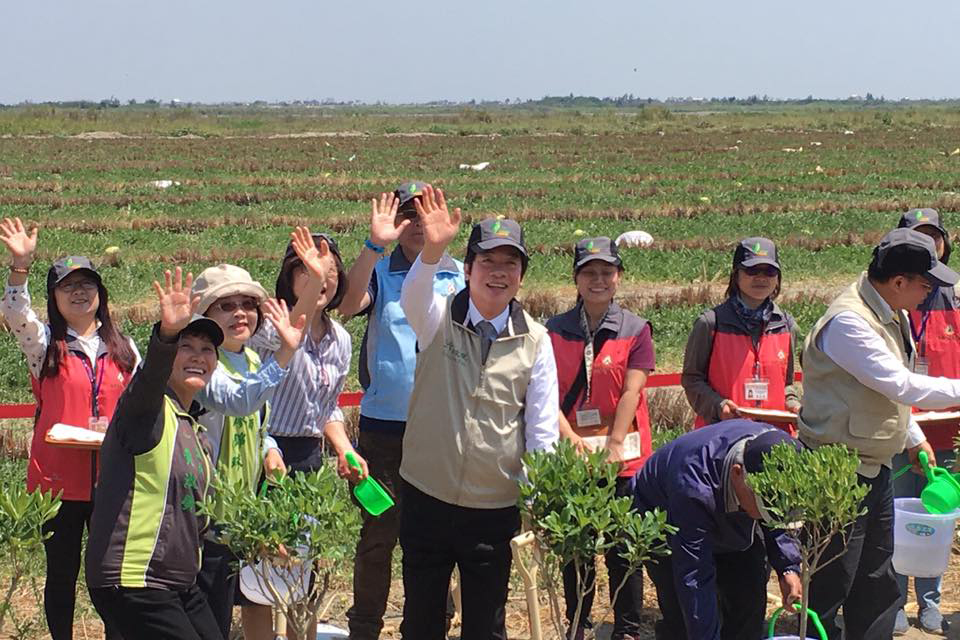 The estuary of Zhuoshui River in Yunlin, Taiwan, the annual northeast monsoon during dry winter season filled the estuary with suspended particles. Such occurrence not only troubled the residents, but also indirectly effected the environment. To improve the dust issues, started 2017, TOAF worked with the Forestry Bureau to fill gaps of the 6.7 hectors declined forest area, to purify air pollution at Zhuoshui River sea gate area and flood plain.

After 10,000 saplings planted in 2017, additional 7,000 saplings were also planted in Zhuoshui River flood plain area April, 2018. The hot and dried local weather was unsuited for saplings to grow, so they were accompanied with 3,500 water restoring planters (planters). The planters retain moisture during the first 6 critical months of planting. They were able to provide the saplings steady flow of irrigation to be alive and  adapt to the harsh coastal weather. Meanwhile, no soil-preparation while digging plant holes, the preservation of the original ground cover prevented soil exposing leading to flying dust. After 3 months’ planting, the saplings survived over 95%.  In addition, building the forest layers of nectar plants created small animals’ habitat. 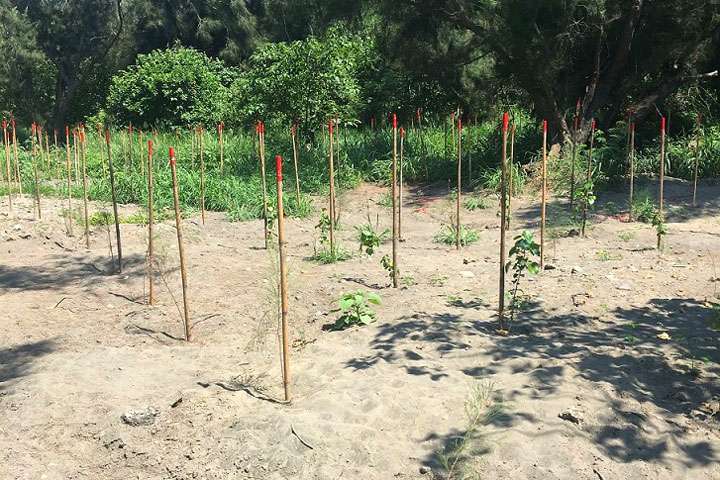 New saplings filled the gaps in declined forest in 2017 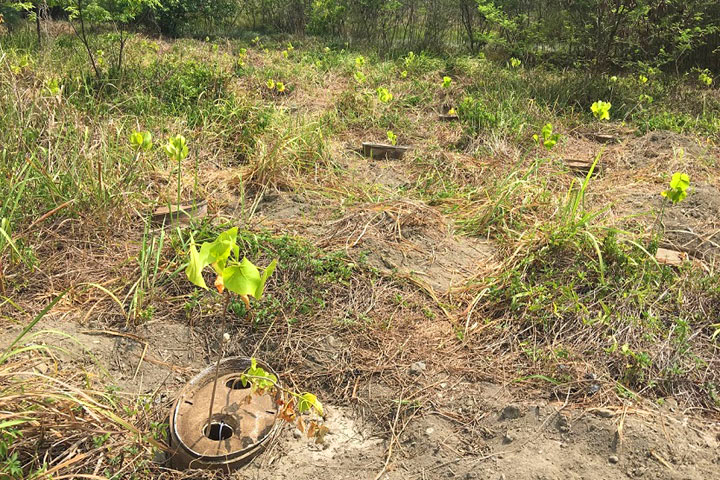 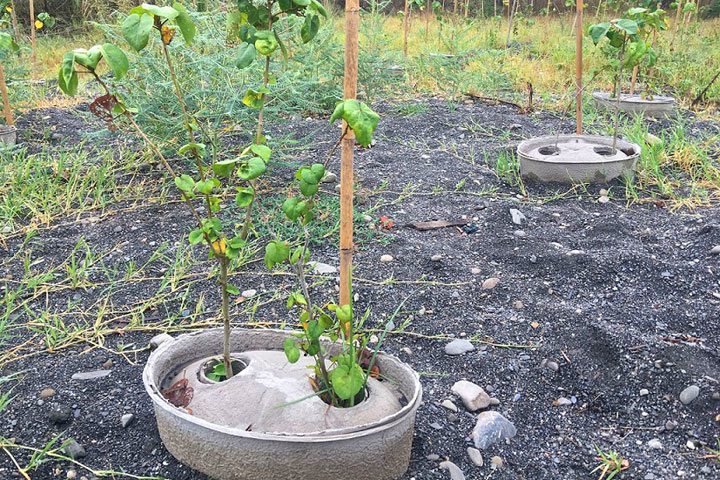 Sapling planted a year ago starting to block sand. 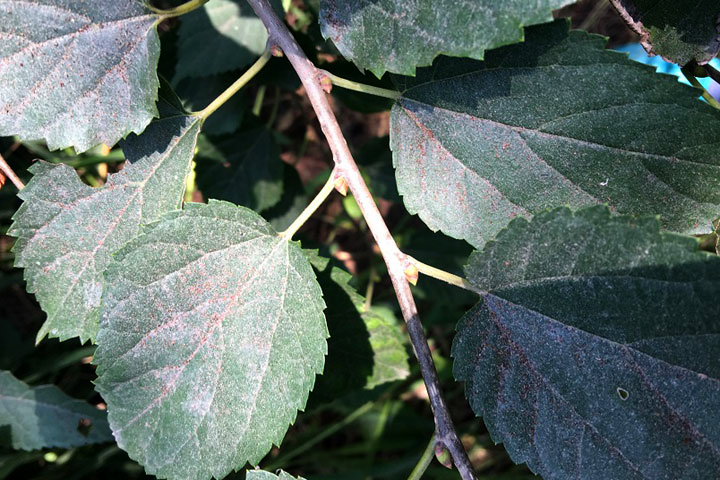 Flood plain soil is hard for sapling to grow, with the Planters, TOAF was able to have a 95% survival rate.

Miss Chan, director of TOAF said, many of the saplings planted a year ago, like the arbors are 2 now meters tall and starting to block sand. The green belt ecology is also beginning to show richness.  Hopefully some researchers on coastal forest ecology will come to use these precious process and fruition records for coastal forestations references in Taiwan and for the world. 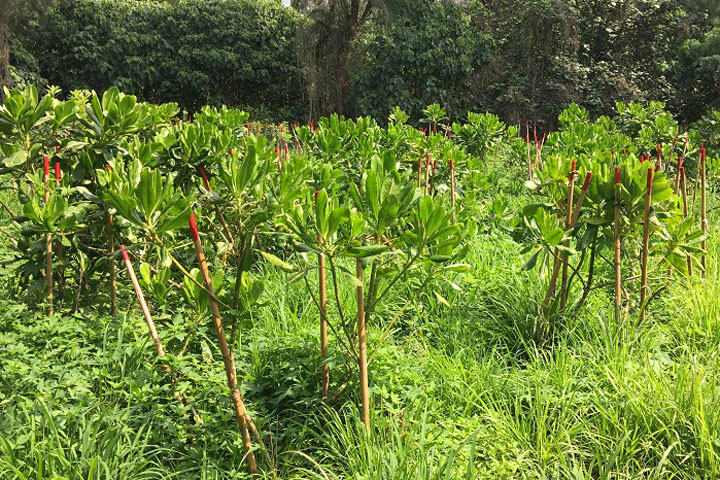 Saplings used to fill the gaps in the declined forest have 90% survival rate, the ecology in the green belt is abundant.